Kevin`s Guesthouse near Hakone, Japan is a Victorian style house that was shipped to Yokohama from Cloverdale, British Columbia in 1998.  Then the house was brought by truck to Minamiashigarashi, Kanagawa, a small town hear Hakone and Odawara, where it was built.

Kevin and his wife Ikumi wanted a unique house for their family and their chain of English schools.  The house is now mostly a very popular guesthouse listed on Airbnb.You can book the house for one night or many nights.  It is up to you.  The house is huge and very quiet.  It is much warmer or cooler than a typical house or building in Japan due to a lot of insulation. 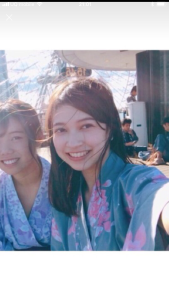 Kevin and Ikumi*s daughter Shanaya Kishiya is a professional ballerina.

The house is decorated with art by Kevin`s brother, Wayne Burns throughout.  There is also a little Burns`s family history – war medals and photos of relatives in years gone by.

Kevin and Ikumi”s three children grew up in Kevin*s Guesthouse.  There are many great family memories there.

There is a deck and barbecue, a big screen tv, a full kitchen, and it can sleep up to 4 people.   Do you want to book Kevin*s Guesthouse

The house is located just down the hill from a huge forest with some of the biggest cedar trees in Japan.  There is a very underrated temple called Doryosan and a shrine called Saijoji.   The Daiyuzan train line was built in 1921 just so people could get to this famous temple and shrine complex.

There is fantastic hiking and forest bathing in this area and Only Yu Hot Springs.

Kevin*s Guesthouse has been featured on YouTube!  Come and see what people have been talking about and stay for a night or two! 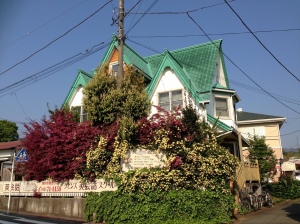 From Kevin`s Guesthouse to Home