This story originally appeared in Let’s Japan.org the site devoted to debunking eikaiwa.
One of my joys of living in Japan is the food. The variety in the Japanese diet is nearly endless as they eat just about anything. The emphasis on quality, freshness and appearance has been an awakening for my taste buds long dulled by the instant, ready- to- go fast food back home. When I first came to Japan, I spent many a weekend wandering around town checking out a bar here and there, getting lost and occasionally stumbling upon a great eatery. I’m not talking about some Ginza sushi shop where it costs 20,000 yen to dine, but a place that has a certain atmosphere, a warmth that keeps bringing you back.

Pictured: Kozu, Odawara
A friend showed me one such place, a small kaitensushi-ya (a cheap rotating conveyor sushi bar)called Tuna Hero. How he found the place, I’ll never know. Probably just dumb luck. It was cheap to eat and if your bill topped 1,500 yen, well, you knew you had just pigged out. Kon-chan, the master, had a conveyor belt in his small shop, but he never really used it. He’d just slice up some fish and bring it over.
The walls of Tuna Hero are plastered with pictures of children. In my poor Japanese, I asked the master why there were all these kids on the walls. He said that they were birthday pictures- the kids come in to celebrate on their birthday and he gives them some ice cream as a “present.” Being a smart-ass, I quipped that I wanted my picture on the wall, too. And with that, the master produced a camera, lined me up against the wall and took my picture.
A few weeks later, the photo was on the wall under the clock with a message saying, “Come and study English with us!” The fact that it is under the clock is important- it’s in a postion where everyone will notice it ergo, it’s a place of “honor” if I may use that word. There I was, immortalized in customer lore for eternity. I frequented Tuna Hero since it was close to where I lived. It wasn’t necessarily the food that brought me back, it was the fact the master would chat me up even though I couldn’t understand a lick of what he was saying. When the shop wasn’t busy, he’d duck out into his garden and bring out some fresh edamame(green soy beans. A perfect match with a cold beer!). On one occasion he gave me whale sashimi and on another, it was aloe sushi.
The shop never really got crowded and I assume that he did a fair amount of business in sushi deliveries in his Tuna hero mobile- a little Suzuki mini-car(probably had a lawn mower engine in it) with a Tuna Hero logo( kind of a Kintaro-looking kid triumphantly holding a tray of sushi) on the doors. I’d see him in the street and he beep his horn and give me a wave. For a guy thousands of miles from home and unable to speak read or write Japanese, he friendliness helped me deal with culture shock and adjust to live in Japan.

Pictured: Along the Kari River in Minamiashigarashi
The moral of the story is this: find a restaurant, be it an izakaya, sushi-ya or yakitori shop to call your own while you’re in Japan. It’s a place to really get to know the average Japanese. It’s a chance to get out of your English bubble- the gaijin bars and friends. Get out and see something for yourself. It will do wonders for your social standing. I once took a date to Tuna Hero and my stock with her jumped 10,000% when she saw that not only was my picture on the wall of the shop(thereby granting me some fame), but that the master actually knew me. In her eyes, that was something incredible.
Tuna Hero is still there and 5 years after the fact, the pictures are still on the wall. It’s a little trip down memory lane. No…scratch that. Hitting the haunts of my early days in Japan is more like a soldier sifting through the burned-out wreckage of a battlefield. You look around, tip your hat back and think: “God damn. I f—-ing made it in this country.”

Shawn Thir
Shawn is the webmaster of Lets Japan.org and has a favorite yakitori joint whose location he will never divulge. Let`s Japan.org   He also has his own translation business.

You can find him online, and he`s an excellent translator!

To How to teach English in Japan

Would you like to Stay in a Canadian house in Japan?

Near Hakone, views of Mount Fuji, and near Only Yu Hot Spring!

And did we mention the reasonable price? 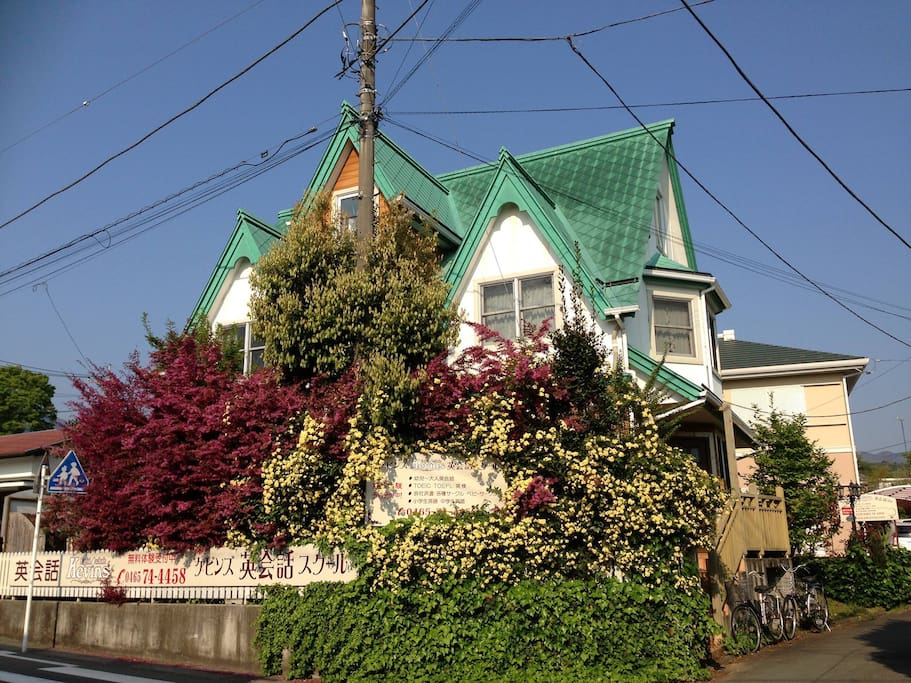 Perfect romantic spot for couples. Our dream home! Stay in a Canadian house! 2 single beds. Much of the furniture and lights were imported. The house itself was made in Canada, then imported and bu…